Ever since a couple years ago when I heard of Fasnacht, a pre-Lenten celebration in the Swiss-heritage community of Helvetia, West Virginia, I’ve wanted to go. This year I got to go and shoot video. 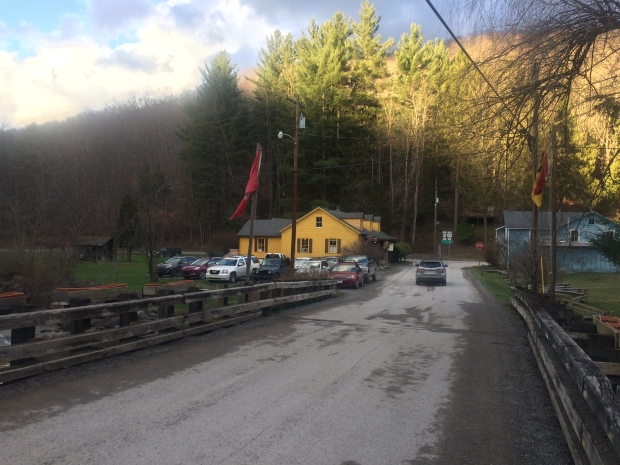 Helvetia is a tiny town of fewer than 100 people in the mountains of Randolph County. The residents are descendants of Swiss and German immigrants and the town has kept many of their traditions. Every year on the Saturday before Fat Tuesday, they have a big celebration where they wear masks, play music, dance and drink. The party ends at midnight when they burn an effigy of Old Man Winter. 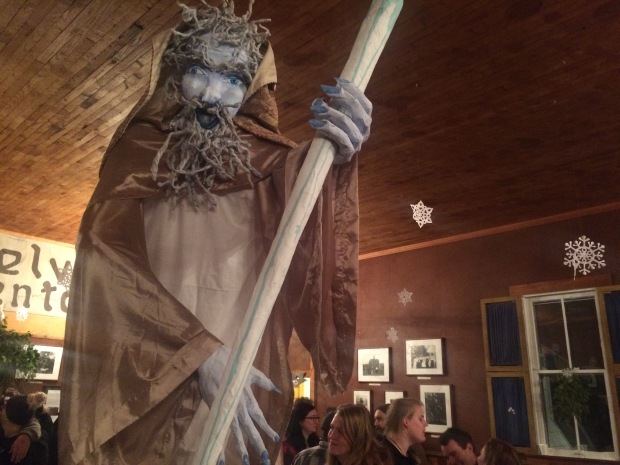 Fasnacht is a happy time for residents, who in winter are typically in a sort of hibernation mode, one of the residents there told us. The winters there are typically so cold and snowy that people don’t leave their houses for days. Plus the festival brings hundreds of visitors to a town that typically has few. It’s not quite the coming of spring, but it means its closer. 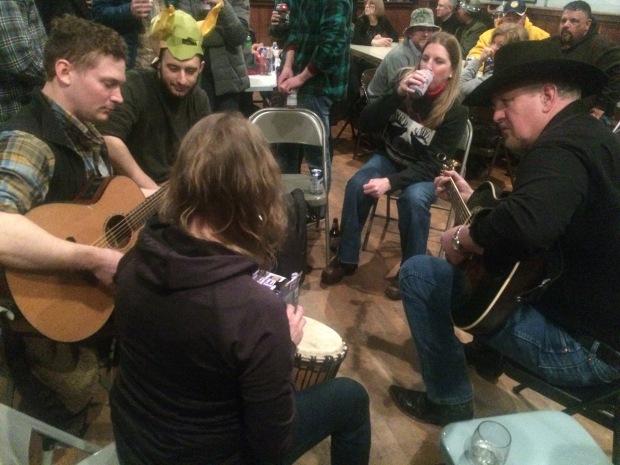 A jam session early in the night

Some of the masks that people have made through the years are really impressive. These are just a couple that are on display at the mask museum/general store. 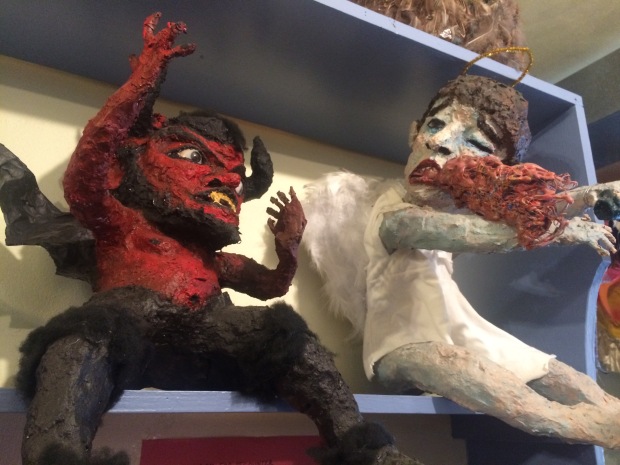 Masks on display at the mask museum/general store. 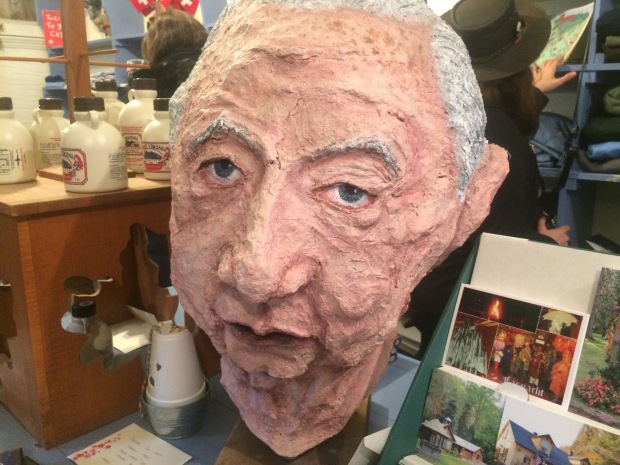 The majority of the night was spent square dancing, which I don’t know how to do, so I watched. As a friend who was there Saturday told me, the people take their dancing pretty seriously. 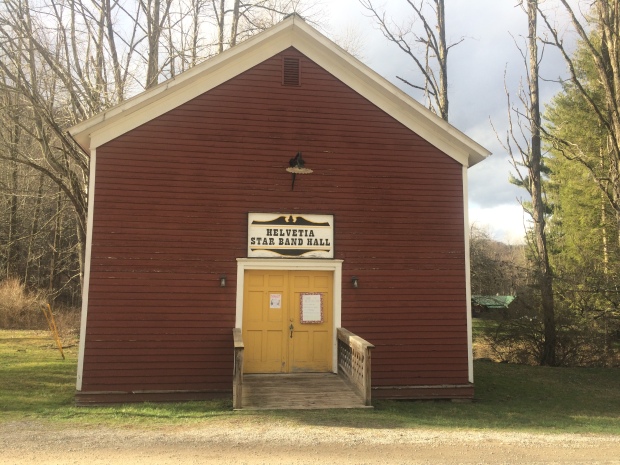 There were a ton of people and they were all squished into a tiny space, so inside it got warm rather quickly. Though the weather was warm on Friday (80 degrees in Charleston, where I live) winter had returned to Helvetia on Saturday. Outside the town hall, the snow fell and temperatures dipped into the 20s. Relief from the heat and the dancing was as close as the bonfire that was building outside the town hall. A crowd gathered there to drink and wait for Old Man Winter. 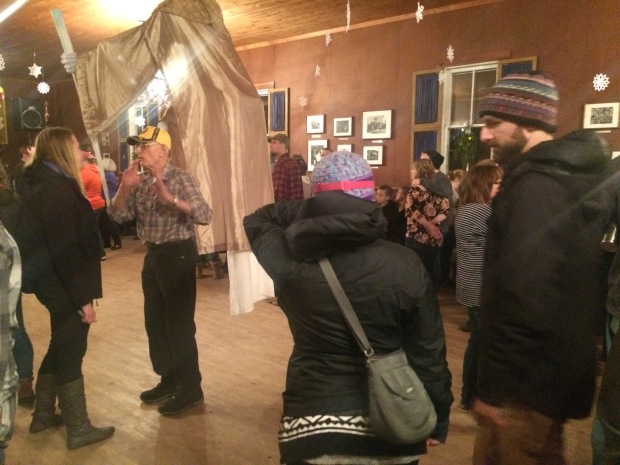 What I think is interesting about Fasnacht, is its mix of cultures. Helvetia has lots of Swiss traditions, but Fasnacht is very West Virginian, too. There was lots of old-time music. I think we sang “County Roads” at least three times and at one point around the fire, people were chanting a familiar chant that disparaged a WVU rival. It doesn’t get much more Mountain Mama than that. 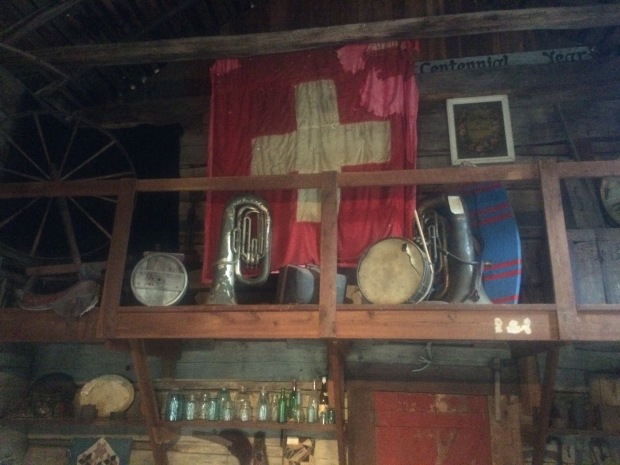 Coverage of Fasnacht is running in Wednesday’s Gazette-Mail, and there’s a photo essay in Saturday’s edition.

PS: If you’re going to Helvetia, the West Virginia State Wildlife Center, located about a half hour away from there, is definitely worth a stop. It was all sorts of wildlife that are native to the Mountain State. The animals are kept in spacious enclosures, but you can see wolves, mountain lions, elk, bald eagles and more in just a short walk around the center. 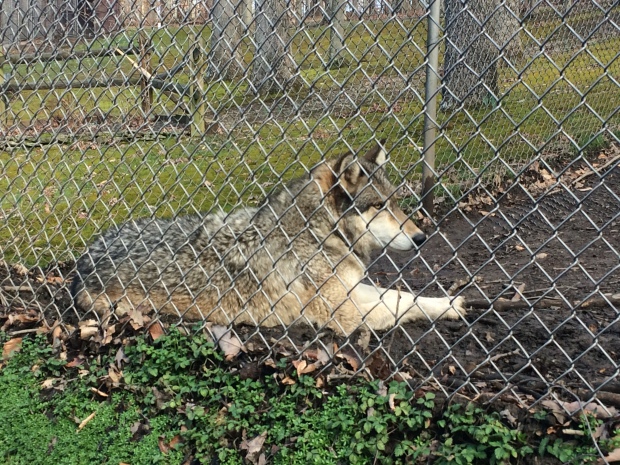 Last year I set out to video a second from each of my days. Well, I didn’t quite do it. So this is finished, but it’s not complete. I forgot frequently. And my Macbook died in the fall so I lost a good chunk of it. But there’s always this year to do better.

Seems like 2016 was a bad year for politics and celebrity deaths, but not terrible personally.

Lots happened though. I saw great live shows. I wrote. I edited. I traveled a little. I ran. I mostly stopped running. I met lots of interesting people. I lost my dog. I made friends.

My Macbook crashed recently and  is dead (long live my Macbook). It took with it much of the little video project that I’ve been working on this year. So I threw this together with the few clips I took past July. August apparently didn’t even exist.

I was tempted to just scratch the whole thing, but the more that happens this year the more I think 2016 will be one to look back on (for whatever reason).

When you die, they should take that list of things you were gonna do —

The cities you wanted to visit

The foods you would have tried

That grudge you’ve been meaning to forgive

— put in the pocket of your dress, and bury it with you.

I haven’t been great at keeping up with the video clips each day, but here are clips from the days over the past couple months when I remembered to take them. I’ll try to do better in the coming days and weeks.

I went home today, almost to the very patch of ground where my parents raised me. What is it about the years that stretch out memories so that they have holes we must fill to make sense of things?

I fill in mine with good things that make me long for home, even from 10 miles up the interstate.

When I am lost or lonely, I drive the back road past my old high school, my church, my grandmother’s house. Or I browse the internet for listings somewhere off the main road where there is land. I dream of raising a dog there until I am loved and love enough to raise a child.

I’d take her berry picking, or firefly catching on the same Appalachian hill where I grew up. We’d look for the same constellations my father once pointed out to me. 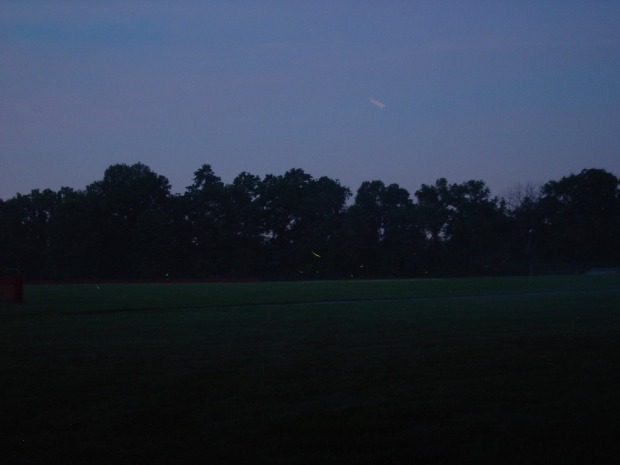 But Nostalgia is as big a liar as Someday.

That boy who first kissed you, he took a wife. I heard they live in a house on the same property where his parents are. They look so happy in the Facebook photos.

At that church down the gravel driveway from your house you learned  to say the Our Father and to love God, but you didn’t learn to love your neighbor well.

They say you can’t go home again, but that’s not true. You can. But you might not recognize home any more. And it sure doesn’t remember you.

No two persons’ creative process looks the same. Here’s what usually happens when I decide to write. They say writers love to have written, and it’s true. 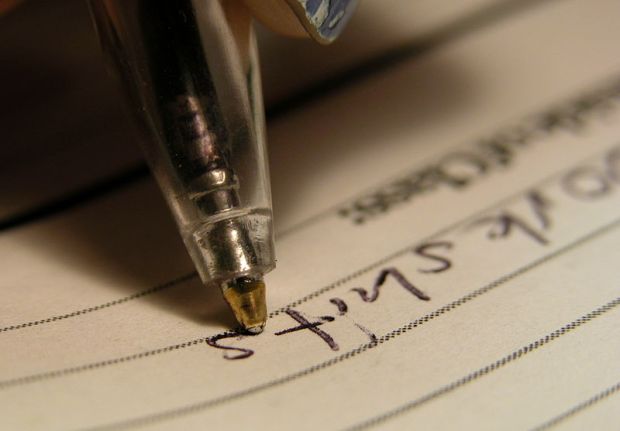